Are You Ready to Let Go? 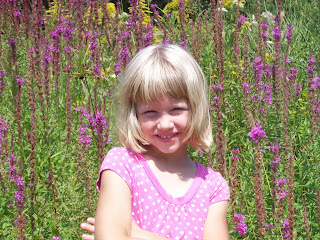 School starts soon. Not just for my 10 year old, but also for my 5 year old. She'll be going into Kindergarten in two weeks. They had a lottery for all day K, since its a new thing they're doing. The psychologist suggested that she go all day, but I was leery. She's only done 2 hours a day for 4 days a week of preschool. Is she ready for a jump to 5 days a week, 7am-3pm? I have no idea. But she's going to be doing it. Her name came up in the lottery, and Ivy will be riding the big girl bus with her sister. (thank the Goddess for that! I'm thrilled that she'll be on the bus with Sierra, Nicolas, Sarah, Katrina, and Chris. Not so thrilled that Jenna and David will be on the bus too.. but.. can't be choosy I guess.)

Her IEP is done. Her backpack is bought. Her screening is coming up soon. I'm not sure why they want to screen a child that they already know is autistic, but okay. I don't know what good a screening assessment will do.
Her hair is cut.
She has some new school clothes. Some new supplies.

but I wonder if I'm ready. I'm not worried for the typical mother reasons. I'm worried for other reasons. I'm afraid that kids will tease her. And I know they will. The neighborhood kids do every day. She does things they think are weird and annoying. Will she be able to make friends? How long will it take her to remember their names? Will she be able to tell me about her day? Will they give me a communication notebook so I know whats going on at school?

She'll be in an hour of speech therapy, and an hour of OT a week. Thats what she's been getting now, so she's used to it. However, in school it most likely won't be individual but instead small groups. I'm not sure how well that will go.

She's been having speech and OT privatly all summer with a nice lady named Erin. There have been some speech improvements, at least during sessions. In the real world however it doesn't get applied much. She's been working on social skills with her too. She said when she writes up her paperwork at the end of the summer, she's going to be suggesting that they make her diagnosis official because her speech issues (pragmatics, social issues, expressive) are a match to those of an Asperger's Syndrome diagnosis. And there is no reason to hold off on an accurate diagnosis. Especially when she could be benefiting from more services, and more support. She needs to be in a real social skills class badly.


Her OT comes to the house once a week, and seems to be rather green. I'm not sure if she hasn't much experience with autistic children, or if she hasn't had much experience period. She's nice enough, and I'm happy with her.. but it seems to has to work too much to come to the same conclusion about something that I do. She commented that I should be an OT because I was so knowedgable about it. LOL She seemed to be thrilled and in awe at all I knew and all I've done with Ivy. I didn't tell her its because my children are MY obsession. LOL 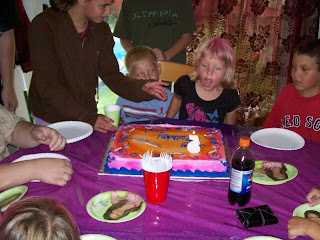 Before Ivy ages out of Early Intervention, the OT was able to order Ivy a compression vest in purple. Its made of neoprene and its very cozy. She is also ordering a weighted blanket in Hannah Montana fabric. (I haven't written that Ivy's obsession changed did I? Its no longer Spongebob. Its Hannah Montana. In fact, we had a Hannah Montana party too) So those are two great items that she's getting for her to use. She also got her a brush to use, so we can start a brushing protocol on her for deep pressure input. Ivy likes it.

There is some school shopping left to do. Clothes for Sierra, backpack for her. Some clothes for Ivy. Registration for dance classes is done. And Ivy is down to two more Speech appointments, and one more OT appointments and then its off to school......

I have no choice but to be ready.. Kindergarten here we come! 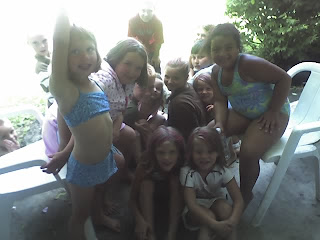