After nearly 4 years waiting, I received my sons neuropsych report last month and he has officially been diagnosed with Autistic Disorder, Anxiety Disorder, and ADHD.

We've been doing some intellectual testing, and speech and language testing. His numbers are so high that I was told he is in the genius range. At 4 years old he is spelling and writing at a 4th grade level. Of course his skills are high in some areas, but lower in others. His "splinter skills" are something we celebrate with excitement. Instead of focusing on what he can't do, we choose to focus on what he can do.

In the past week I found out he was approved for SSI and also that we finally are able to move into a 4 bedroom unit only three doors down from here. Its what we've been waiting for the past four years, so we're very excited! Finally there will be a bigger kitchen, our own porch (without neighbors on it) and a bedroom for Ivy. (Odin when he's bigger and needs it)

Right now I feel like I'm in the middle of chaos. There have been so many changes lately that my head is spinning. Even the good news like moving into a 4 bedroom is hard to deal with without a time frame.

My inlaws finally moved back home and now live in the same town we do. Once they're settled in, they should hopefully be a great resource for us. 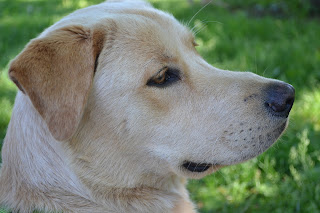 Meet our new puppy, Sage. With some training we're hoping that he will make a good service dog. However we're admittedly very tired and burning out with puppy training. It doesn't help that Odin is scared of the dog, so instead of bringing happiness and helping to calm him down, the dog causes him to get upset instead. We still aren't sure what to do, but we're plodding along day by day. 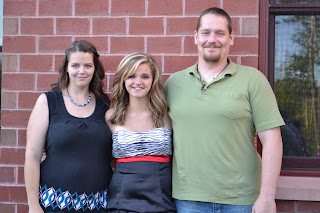 Sierra graduated from 8th grade in June. Seems like just yesterday she was in 3rd grade and now here she is.. a freshman in high school. Time really does go by quickly thats for sure.